I've been thinking about the kinds of things that Jesus did when He was here on the earth and one thing has got me puzzled. It was well documented that Jesus cast out demons/evil spirits in multiple people. It sounds like it was almost a common occurence. He even charged His apostles with the responsibility of casting out demons as well as preaching, healing the sick, and raising the dead. (Matt. 10:1, 10:8)
Here's where my confusion comes in...

What happened to casting out demons? I don't think I've heard of a single instance of any evil spirits being cast out of anyone. Did demons quit possessing people? (I've met a couple people that would make me believe otherwise...) Do we just not use that particular power? To make it more confusing, how do we tell when someone is possessed with a demon? Are there certain criteria? Is it listed in the DSM (Diagnostic and Statistical Manual of Mental Disorders)?

One thing I did notice as I was reading about instances of casting out spirits is the time Jesus cast out the "legion" of demons into the herd of swine (Mark 5:1-13.) It's really interesting (to me) that Jesus had to actually give the evil spirits permission to enter the swine. I think that as humans we are the only creatures who have been given the freedom of choice to make it possible for a demon to possess us. I don't think they're allowed to do it forcibly. We probably wouldn't consciously make that choice if we understood what we were doing, but I think that some of the choices we make would make it possible for us to come under the influence of an evil spirit. Swine, on the other hand, are incapable of making their own choices in such matters, and I think they (and other animals) have been given protection from being forcibly taken over. Hence, the need for Jesus to actually give permission for the legion of demons to possess the swine. What's fascinating is that the swine (possessed against their will) immediately ran down a steep place and drowned themselves in the sea. The swine couldn't bear to give up their bodies for even a short amount of time. Yet people seemed to regularly choose to do so.

Are we the same way today? Do we somewhat unknowingly let ourselves be taken over by an evil spirit? Do we give up our freedom so easily? What are our modern day "demons?"

I don't have the answers. This is just the way my mind works when I get to thinking about something on a rainy day.
Posted by Patty at 5:27 PM

Honestly, Patty, I'm not sure how I feel about demons and casting them out of people.

I think there is a bit of healing of undiagnosed-at-the-time disorders that got lumped together as "casting out demons" (kind of like various forms of mental disorders that now have specific names but used to get classified as senility or schizophrenia) - but I also witnessed real, tangible evil that absolutely was "demonic" once on my mission, and I participated in a blessing in which the person pronouncing the blessing used the phrase "cast the evil spirit out of you".

I think, generally, we live in a time that discounts possession by evil spirits - largely because we have identified so many disorders that fit the descriptions of possession we have in our scriptures and have medicines that can control the symptoms so well for many. I still believe in the concept of demons (literally and figuratively), but I just am not as confident in specific cases.

The swine part interested me the most. I've never thought about that before.

I've been thinking a lot about what we think about and yearn to know and do as people. I watched an interesting documentary, The Atheist Tapes (does that count as something I shouldn't watch? because honestly curiousity just got to this cat, how one can say there is not God, is mind boggling, a little less though now that I watched.)Something struck a huge cord with me. One guy said, We as humans, look to have an internal experience with someone externally, we can't do it with people, we can't know what someone is thinking unless they tell us. This is why he says people made up God. I thought it was interesting take. I never realized how much we do we want to have an internal experience with something external. And excepting spirits I would say is the only way to do this whether good or bad.

Hopefully I just start chosing the good ones. 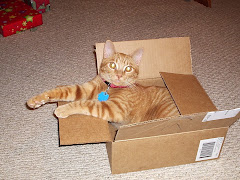 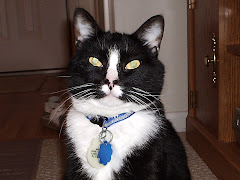